If you ever get the opportunity to watch the launch of a rocket then you do not want to miss it; it is an experience of a lifetime. Words cannot describe the sounds of a rocket blasting off from the Kennedy Space Center.

There were a total of 16 launches from the Kennedy Space Center and Cape Canaveral Air Force Station in 2019, more than any other spaceport in the world.

All times are local times.

2019 saw the first launch of the long delayed SpaceX Crew Dragon (also known as Dragon 2) to support missions to the International Space Station and Boeing with their CST-100 Starliner crew capsule.

The commissioning of these two systems will see the beginning of the end of US reliance on Russian Soyuz spacecraft to rotate crews to the International Space Station.

Both SpaceX and NASA planned to carry out in-flight abort tests in 2019 on unmanned version of the Crew Dragon and Orion capsule, respectively. Boeing successfully launched their test flight in July but SpaceX suffered an explosion in a pre-launch test which has set their programme back.

SpaceX also hoped to launch more Falcon Heavy missions in 2019 following the successful first launch in 2018. It had been planned that their autonomous spaceport drone ship (ASDS) “Of Course I Still Love You” would be joined in mid 2019 by a new second drone ship to be called “A Shortfall Of Gravitas”. In the end they transited their west coast drone ship “Just Read The Instructions” to the east coast in December.

This gives SpaceX the potential to recover two Falcon 9 boosters on land and two at sea.

The new Block 5 Falcon 9s are proving very reliable and several of their boosters have now been launched three times each and one has even managed four launches by the end of 2019. 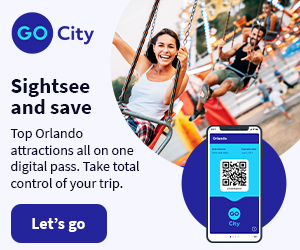 SpaceX’s fairing catching support vessel “Mr Steven” that had been trialling in California for some months in 2018 and had transitioned to the east coast in January 2019 started supporting launches from Kennedy.

Mr Steven is being used to capture the two fairing halves, that enclose the payload during launch, to enable them to be reused further reducing launch costs.

In February it suffered damage to its arms and nets during a trip out to make a recovery attempt and was in dock until late May having modified arms and nets fitted. In the meantime SpaceX has developed GPS-guided parafoils to better control the fairing halves during the descent.

Renamed “Ms. Tree”, it had its first successful capture in June 24 when it caught one half of the payload fairing from the Falcon Heavy STP-2 mission. A second vessel named “Ms. Chief” is now also based at Port Canaveral.

The first stage booster (B1048) was successfully recovered after landing on the autonomous spaceport drone ship (ASDS) “Of Course I Still Love You”. This was the third successful flight for this booster after two launches from Vandenberg Air Force Base in California last year.

It is likely this same booster will be used one final time for the Crew Dragon’s in-flight abort (IFA) test.

The Sparrow moon lander went on to successfully orbit the moon but a technical fault resulted in it crash landing on the surface of the moon as it attempted to land on April 11.

The first stage booster rocket landed on the autonomous spaceport drone ship (ASDS) “Of Course I Still Love You”.

The Dragon 2 made a successful rendezvous and docking with the ISS. After five days it returned to Earth with a splashdown in the Atlantic Ocean off the coast of Florida on Friday, April 8.

The capsule was subsequently destroyed during a ground test on April 20 as a result of a propellant leak which will has set the manned Crew Dragon programme back several months.

The second ever flight of a SpaceX Falcon Heavy rocket will launch the 13,000 pound (6,000 kg) Arabsat-6A communications satellite for Arabsat of Saudi Arabia.

The Falcon Heavy is currently the world’s most powerful rocket and consists of three Falcon 9 cores joined together with a total of 27 Merlin 1D engines.

SpaceX successfully recovered the two side boosters on land with the central core touching down on their autonomous spaceport drone ship (ASDS) “Of Course I Still Love You” moored 600 miles out in the Atlantic. Unfortunately heavy seas caused the central core to topple off the barge.

Both side boosters are earmarked for a future mission Falcon Heavy mission, the U.S. Air Force Test Program 2.

Even though both payload fairings landed in the ocean, they were successfully recovered and reused on the Starlink 1 launch.

The SpaceX Falcon 9 rocket launched the 19th Dragon spacecraft. The purpose of the mission is to take the 17th resupply cargo load to the International Space Station.

SpaceX were unable to recover the booster on their landing zones at Cape Canaveral as they were still working on the site following the accident with the Crew Dragon capsule that exploded on April 20 and so it was recovered to the autonomous spaceport drone ship (ASDS) “Of Course I Still Love You” moored 14 miles out in the Atlantic.

SpaceX hope to use the same first stage booster for the next two resupply missions CRS-18 in July and CRS-19 in December.

The first stage booster previously flew on the Telstar 18 Vantage mission in September 2018 and the Iridium 8 mission in January 2019. It landed successfully on the autonomous spaceport drone ship (ASDS) “Of Course I Still Love You” moored out in the Atlantic.

The SpaceX Falcon Heavy rocket launched a group of 24 military and scientific research satellites as part of the U.S. Air Force Test Program 2. It was SpaceX’s most challenging mission yet with four separate second stage burns, three deployment orbits with a mission length of over six hours.

Amongst the payload was a tiny 5kg LightSail 2 cubesat which will test the ability to raise its orbit using light from the Sun, various NASA and NOAA satellites and an Air Force Research Laboratory.

Both side boosters were successfully recovered again, landing back at the Cape Canaveral Air Station.

Unfortunately the central core failed to land on the ASDS “Of Course I Still Love You”. It is believed the core was damaged during re-entry. The ASDS had been moved to around 770 miles off the coast of Florida; the furthest SpaceX had ever attempted a recovery.

However, SpaceX did also manage to recover one of the two payload fairings for the very first time using their net catcher support vessel “Ms. Tree”.

As part of the Space Launch System (SLS) Artemis programme, NASA has tested an in-flight abort of an unmanned Orion capsule.

The capsule was launched by an Orbital ATK solid rocket booster (a modified Peacekeeper missile) and at an altitude of around 6 miles, the launch abort system was successfully triggered safely separating the crew capsule from the rocket.

Launch was from launch pad SLC-46 with a four hour launch window which started at 7:00 a.m. EDT.

The SpaceX Falcon 9 rocket launched the 20th Dragon spacecraft. The purpose of the mission was to take the 18th resupply cargo load to the International Space Station including the third International Docking Adapter (IDA-3).

Both the first stage booster and the Dragon capsule have launched before. In fact this will be the capsules third flight.

This mission was a replacement launch for Spacecom. On September 1, 2016, the ill fated Amos 6 satellite was destroyed when a Falcon 9 rocket exploded on the pad just before commencement of a static-fire test.

SpaceX used a previously twice flown Block 5 Falcon 9 first stage but did not attempt to recover it. This was most likely to ensure that the satellite safely reached orbit in the quickest possible time.

The Delta IV rocket launched the 2nd third-generation GPS satellite for the U.S. Air Force. This launch was originally scheduled with a SpaceX Falcon 9 rocket.

This was the last ever launch of a Delta IV Medium rocket with a single first stage. The Delta IV Heavy (with three boosters) will continue in service until at least 2024, ultimately being replaced by the Vulcan Centaur.

Last Pegasus XL launch was in December 2016 and this launch was switched from Kwajalein Atoll in the Marshall Islands to Cape Canaveral Air Force Station in 2018.

Not only did SpaceX use a booster that had already flown three times before they also reused both payload fairing halves that had previously flown on the Arabsat 6A Falcon Heavy launch in April.

The SpaceX Falcon 9 rocket launched the 21st Dragon spacecraft. The purpose of the mission is to take the 19th resupply cargo load to the International Space Station including three CubeSats; CIRiS (Compact Infrared Radiometer in Space), PTD 1 (Pathfinder Technology Demonstrator) and EdgeCube.

The first stage successfully landed on the autonomous spaceport drone ship (ASDS) “Of Course I Still Love You”.

A SpaceX Falcon 9 rocket launched the JCSat 18/Kacific 1 satellites for the Sky Perfect JSAT Corporation of Japan and Kacific Ltd. of South Korea.

The twice flown first stage booster was successfully recovered to the autonomous spaceport drone ship (ASDS) “Of Course I Still Love You”.

Both fairing recovery vessels were deployed and both came close to catching the two fairing halves. They were subsequently lifted onboard after landing in the ocean.

The plan was for the Starliner capsule to dock with the ISS before returning to earth and making a landing on land in the western United States.

However due to an onboard timing error, the burn needed for a rendezvous with the ISS did not occur as planned but Starliner was able to reach a stable orbit. Engineers decided that there was insufficient fuel remaining to allow the Starliner to reach the correct orbit and dock with the ISS.

As a result the mission was cut short and the capsule was in the desert at White Sands Space Harbor in New Mexico two days later.

This is the first time a returning capsule has landed on dry land rather than in the water. On its return to earth the capsule was christened “Calypso” and will be refurbished for a future mission.