The fantastic weather means that Florida hosts a large number of air shows, fly-ins and hot air balloon festivals, many of which are free to attend, especially the beach air shows. The air show season in Florida typically runs from mid January to November with most shows in either the spring or the autumn (fall).

A complete schedule of upcoming air shows and hot air balloon festivals in Florida for 2022 and 2023 can be found below.

You will also find details of vintage air tours that often visit Florida, the air museums that also host air shows and the aerobatic display teams that perform in Florida.

Due to the COVID-19 pandemic, many airshows in 2020 and 2021 were cancelled or postponed but the 2022 season has filled up though there are still a few cancellations

Key: TBC - To be confirmed.

Though not air shows as such, there are a number of vintage and warbirds aircraft tours that often visit Florida in the spring. Over the space of a couple of months they visit a number of regional airports throughout the state.

This is an opportunity to see real vintage and World War II aircraft in flight rather than just as static museum exhibits. For a fee, you can often get a ride in one of them.

Due to the COVID-19 pandemic, none of the vintage air tours came to Florida in 2021.

The nearby Fantasy of Flight museum at Polk City used to offer daily (Thursday through Sunday) aerial demonstrations subject to the weather but they shut the main museum to the general public on April 6, 2014 and are currently operating a seasonal interim museum with joy rides in vintage biplanes on the days the museum is open. There are plans to re-open as a much larger and more aviation themed attraction in the future.

Whilst the Thunderbirds are based at Nellis AFB in Nevada, the Blue Angels are actually based at NAS Pensacola in Florida’s Panhandle.

Note that when airshows run over several days, teams like the Thunderbirds and the Blue Angels do not necessarily perform on every day. It is always best to check with the airshow organisers.

The Blue Angels have now transitioned to the larger F/A-18E/F Super Hornets supported by a “new” C-130J Super Hercules.

In May 2019 the original Lockheed C-130T Hercules affectionately known as ‘Fat Albert’ was retired as it had reached the end of its service life and has been replaced by an ex Royal Air Force C-130J Super Hercules. 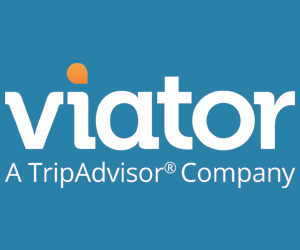 In 2022 their show schedule includes the following Florida air shows:

In 2023 they are due to appear at the following Florida air shows:

When the Blue Angels are ‘at home’ they often perform practice sessions that are open to the public typically between March and October. There is even a chance to grab an autograph.

Their full display schedule and practice sessions calendar can be found on their website.

The Thunderbirds are yet to announce their full 2022 and 2023 air show schedule, so far during 2022 the Thunderbirds will appear at the following Florida air shows:

They also have a tradition of doing a fly past at the Daytona International Speedway for the annual Daytona 500 in February.

Provisional dates for 2023 include:

In 2022 their show schedule includes one Florida air show:

In 2017, the French national display team, The Patrouille de France, flying 8 Alpha Jet trainers made a rare USA appearance and displayed at both the Melbourne Air & Space Show and Sun’n Fun Fly-In in April.

In 2019 the British Red Arrows display team, took part in a North American tour but did not display in Florida.

The British Army Red Devils Parachute Regiment are appearing in 2022.

The single ship demo teams often team up with warbirds from the U.S. Air Force Heritage Flight (HF) who operate vintage aircraft from World War II, Korea and the Vietnam era like:

For 2022, air show performers include:

As well as aerobatic and demo teams, all airshows also have a number of ground based displays including both modern and vintage aircraft and warbirds.

Some airshows offer free admission and free parking, typically some of those on military bases like the Tampa Bay AirFest at MacDill AFB and some beach airshows like the Pensacola Beach Air Show.

Others charge an admission fee that may or may not include parking, though you can often get a discount if you purchase online in advance, especially with “early bird” discounts. Just follow the individual links in the list of events above to check on ticket prices.

Remember that sitting or standing outside in the Florida sunshine for hours and hours can be a bit overwhelming but many air shows offer VIP areas where you can relax in the shade. Don’t forgot to make sure you are properly hydrated.

Shows like Sun ’n Fun even offer camping for RVs or tents as well as aircraft camping for visiting aircraft.

This information is correct to the best of our knowledge but you should always check with the show organisers before making a trip as air shows sometimes get cancelled or rescheduled.

If you do have any corrections or additions to the list of Florida air shows and hot air balloon festivals noted above, please do not hesitate to contact us. Last updated: August 8, 2022.